Iron City: Scarlet Fever, Part One is now available for purchase. Check out a five-page preview below. Inspired by film noir, B-movies and the comics of the 1950's. Iron city is the beginning of a trilogy centered around the great pugilist hero of Iron City known as Harlin Collins, or better known by his fighting moniker Harlin The Hammer.

It is the year 2050. Iron city has replaced what used to be New York City and most of what is left of the  Eastern Seaboard. Advances in Robotics and Artificial Intelligence have created an ideal society, for those who can afford it.

Robotic Maids do the cooking, cleaning and shopping. All those boring chores are over leaving you time for more life affirming pursuits.  Shuttles to the moon leave hourly and a vast network of hyper trains connect the city. But with great step forward there have been steps backward.  The monetary pursuits of a minority have displaced and weakened the majority of people on the planet--Iron City is a glaring example of the distinctions.  The world has become so polluted that electromagnetic domes cover much of the city and huge amounts of money and effort go into air purification. Vast stretches of land in and around the city have been abandoned and ruled unsafe for life.

The underclass live on the Bog Side, the border between the abandon lands and Iron City. It is just outside of the thriving Metropolis that grift, crime and murder abound.  Street gangs and organized crime stratify the neighborhoods while they fight for the scraps like rats in a dumpster. 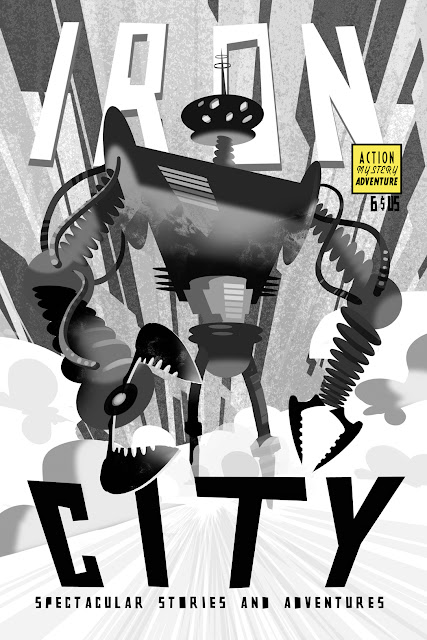 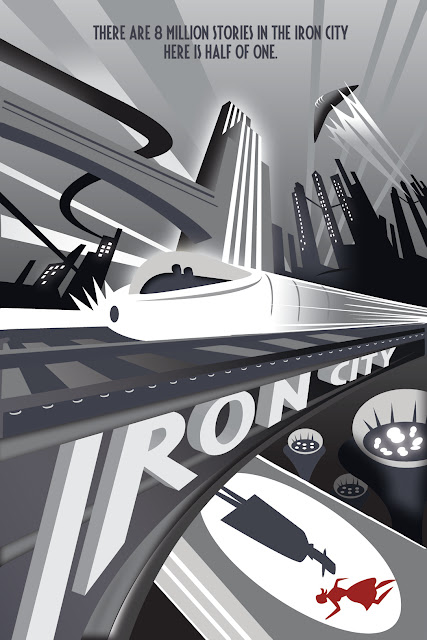 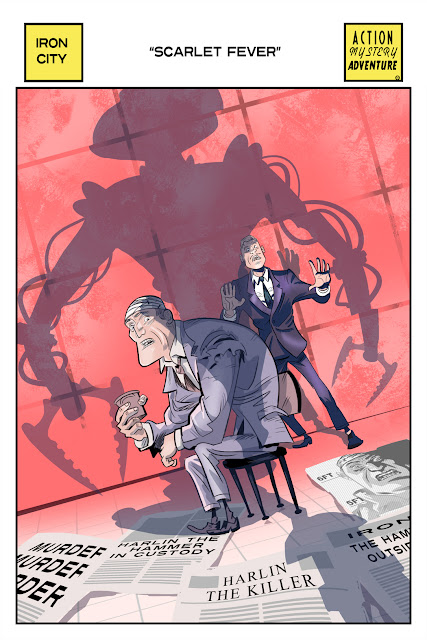 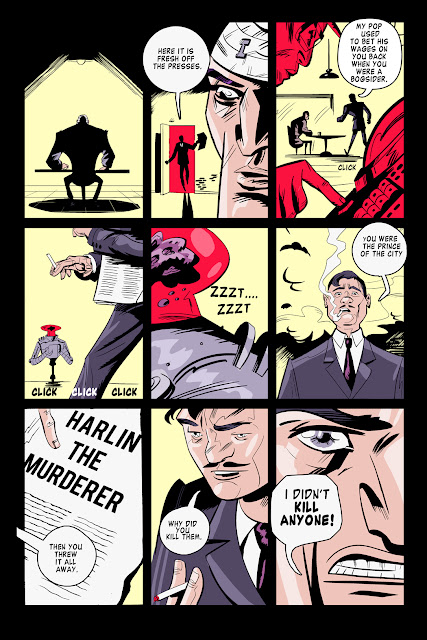 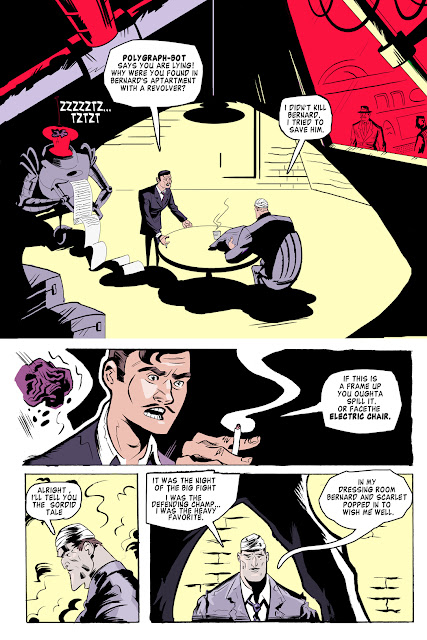 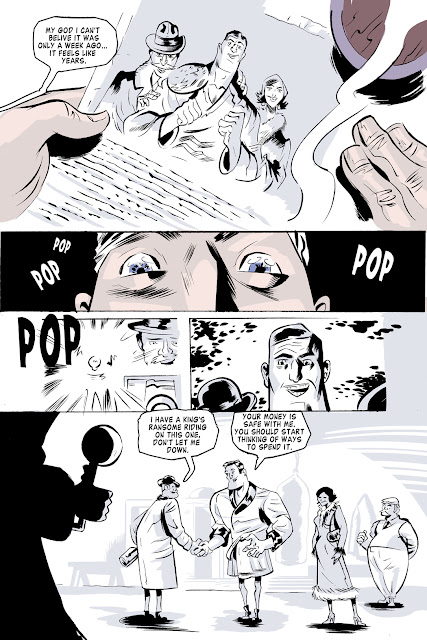 AMA
is a process blog about my comic projects.